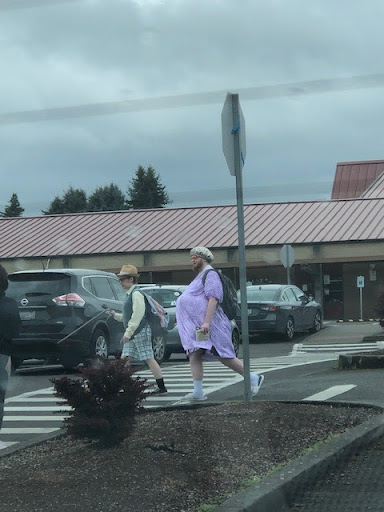 As spirit week finally came around, people were looking forward to the school days.  From May 16th to the 20th , Prairie held multiple spirit days that haven’t happened before. The decisions of these themes came from ASB, which was thought out over the last couple of months.  A lot of students quote that these spirit days are the best Prairie has ever had, and students hope there will be more like these.

Monday, May 16th, was pajama day.  Students dressed in baggy pajama bottoms and button ups.  Some students arrived in animal one-sies and others came in old clothes.

Tuesday, May 17th,  was Adam Sandler day.  The day where students around campus wear clothing items resembling things that would be worn by Adam Sandler.  He is a famous actor, comedian and film director.

On Wednesday, May 18th, the theme was generation day. Freshman dressed as toddlers, Sophomores were middle schoolers, Juniors were millennial’s, and Seniors were senior citizens.

Freshman arrived with baby bottles full of monster energy and mountain dew.  Seniors wore sagging balloons by their chest, under a large nightgown.  And some Juniors wore flannels and sideparts.

Thursday, May 19th, was commonly agreed on as the favorite theme of the week.  The theme was bring anything but a backpack day.  Students rode around in shopping carts and wagons.

Some brought their supplies in big pots or shopping carts.  “My plan is to bring a raft to school.  It’s wider than ten feet, and I can use it to nap in class.”  Said Fernanda Jackobsin.  “I will squish its way through the doors into class.  It will be fun.”

Friday, May 20th, was color wars.  Freshman wore yellow, Sophomores wore black, Juniors wore white, and Seniors wore red.  However, the spirit assembly on Friday had to be canceled.  There was no feedback on the reason why, but students still went all out with their class color.  “I wore white from head to toe,” Natalie Hender explained.

“I had a white bandanna, white shirt and hoodie, and white vans. That day wasn’t as exciting as the others.”  As expected, seniors  ended up winning color wars for the final spirit week of the school year.